barrett 50 cal is Barrett’s extreme-range service rifle developed specifically to address the special needs of troops engaged in asymmetric warfare. Currently, three generations of Barrett .50-caliber rifles are serving U.S. armed forces in many roles against enemy targets. That fall outside a rifleman’s limitations. Targets that cannot be neutralized due to range, size, location, mobility. And visibility has been met with adequate force delivered by the. M107, the M82A3, and still, in fewer cases, the Model 82A1. 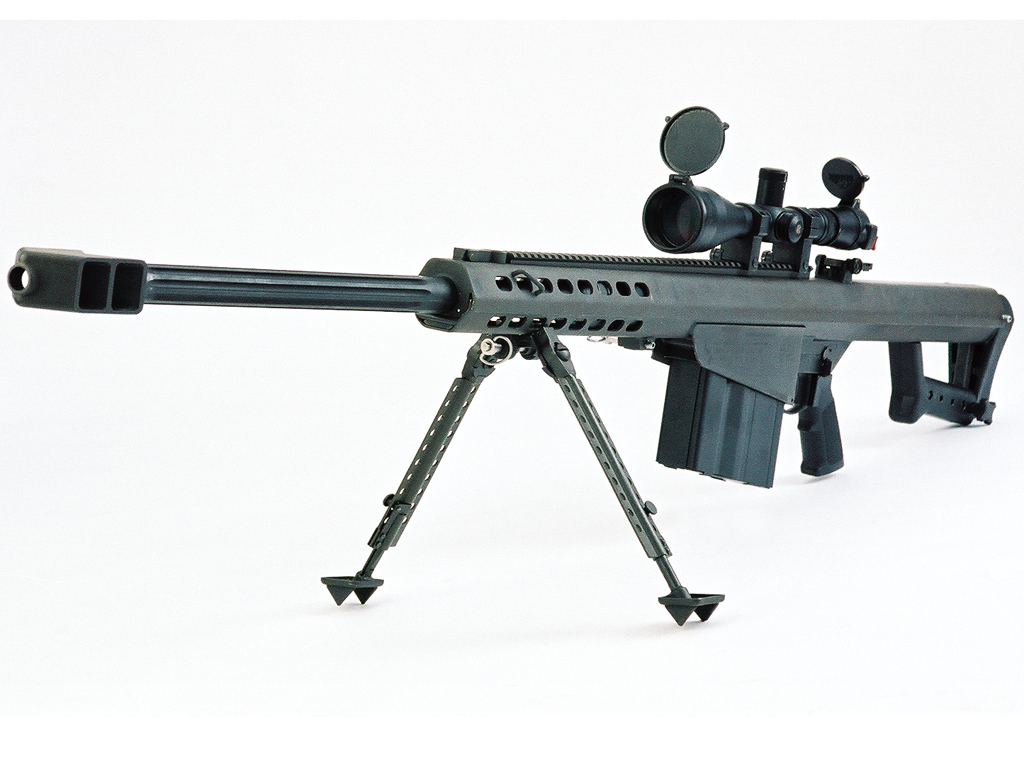 Barrett M107A1 .50-caliber sniper rifle may have been the most useful piece of equipment for the urban fight. Especially for our light fighters,” said LTC Jim Smith in a PEO Soldier. Report on lessons learned from Operation Iraq Freedom. He added, “The Barrett M107A1 was used to engage both vehicular and personnel targets out to 1,400 meters. Soldiers not only appreciated the range and accuracy, but also the target effect. Leaders and scouts viewed the effect of the .50-cal. round as a combat multiplier due to the psychological impact on other combatants who viewed the destruction of the target.”

Funded as a Soldier Enhancement Program, the Barrett M107A1 underwent standard-type classification in August 2003 and Barrett received a production contract, awarded the following month. Based on reports of the XM107’s battlefield performance, the U.S. Army approved it (with slight modifications) for full material release and designated it the M107 in March 2005. The phrase “full material release” indicates that the Barrett M107A1 passed rigorous testing and is completely safe, operationally suitable, and logistically supportable for use.

Designed to be used with a suppressor, this one-of-a-kind rifle allows you to combine signature reduction capabilities with the flawless reliability of the original Barrett M107, but with a rifle weight reduction of 5 pounds. An all-new bolt carrier group has been designed and is key to making the rifle suppressor-ready. Its steel four-port cylindrical muzzle brake is engineered to work seamlessly with a quick attach Barrett QDL Suppressor. The lightweight aluminum upper receiver features an integrated 27 MOA optics rail. Inside the upper receiver, the bolt carrier rides on a hardened steel anti-wear strip for added durability. A thermal-guard cheek piece protects the user’s face from extreme heat or cold. The rear barrel stop and front barrel bushing are bolted and bonded with a high-strength compound. A titanium barrel key and fully-chrome-lined bore and chamber add to the rifle’s durability. The newly designed titanium and polymer monopod are adjustable from either side. The M107A1 rifle’s lower receiver includes an aluminum recoil buffer system that’s optimized for use with the Barrett QDL Suppressor. The bolt carrier’s components are protected with a mix of ultra-hard coatings and advanced nickel Teflon plating that increases lubricity is corrosion resistant and greatly eases cleaning. Numbered witness holes in the magazine are just another example of how even the smallest detail makes a powerful difference.

There are no reviews yet.